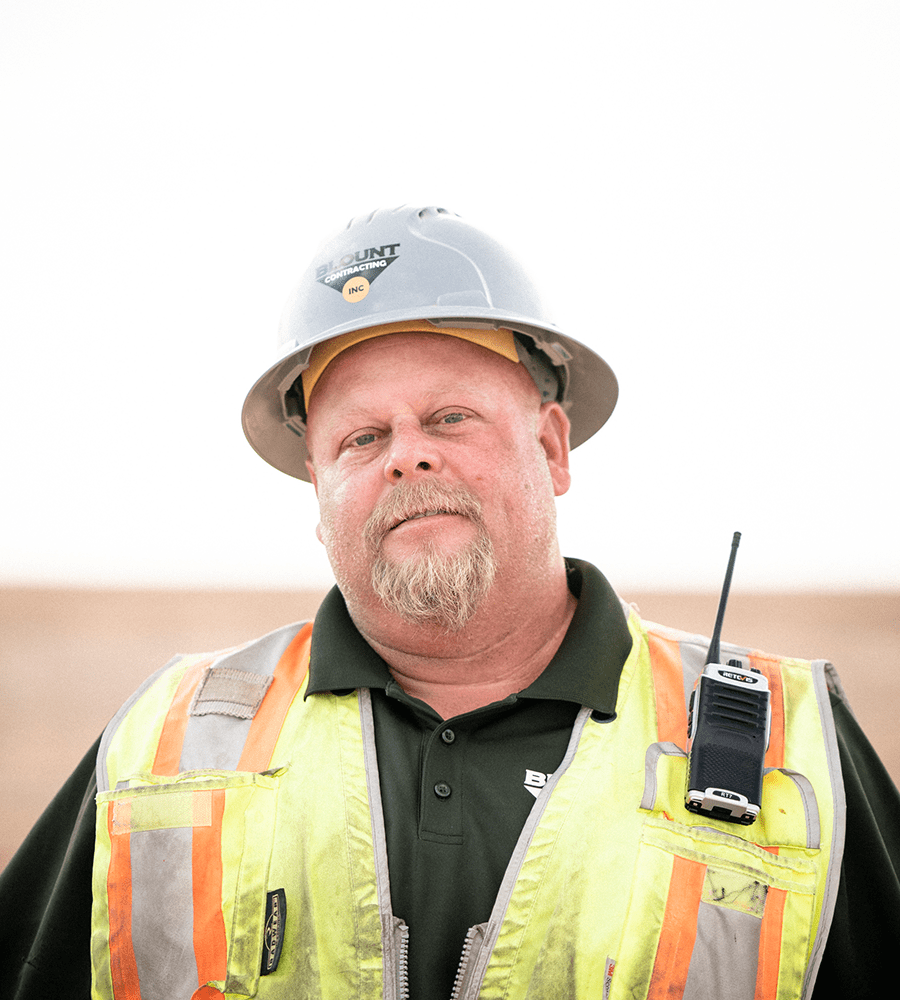 Except for that time he worked in grocery management, Bryan Pastorius has been in construction most of his life, starting at the bottom as a laborer. He climbed to general superintendent at Blount, where he has worked since 2010.

Tackling big jobs, Bryan is not only a good equipment operator capable of running just about everything, but he is also highly organized and skilled at putting together a team, scheduling crews, developing a game plan, keeping everyone focused on the job and overseeing projects in the field.

As someone who particularly likes to be challenged, he is adept at successfully completing jobs with tight margins. He’s also proficient at logistics on out-of-town projects when time to scout for housing or rental equipment is limited. He likes the travel and has worked on projects in Iowa, Texas, Colorado, Utah, and Mississippi, but it was a seven-year out-of-town piling job for his previous employer in a location so remote, the crew needed to fly in by helicopter that led him to Blount, where he likes the family atmosphere and doesn’t feel like just another number.

Although he thinks he works all the time, he and his wife enjoy traveling with their kids and a couple of their cousins in a motorcoach Bryan calls the party bus.