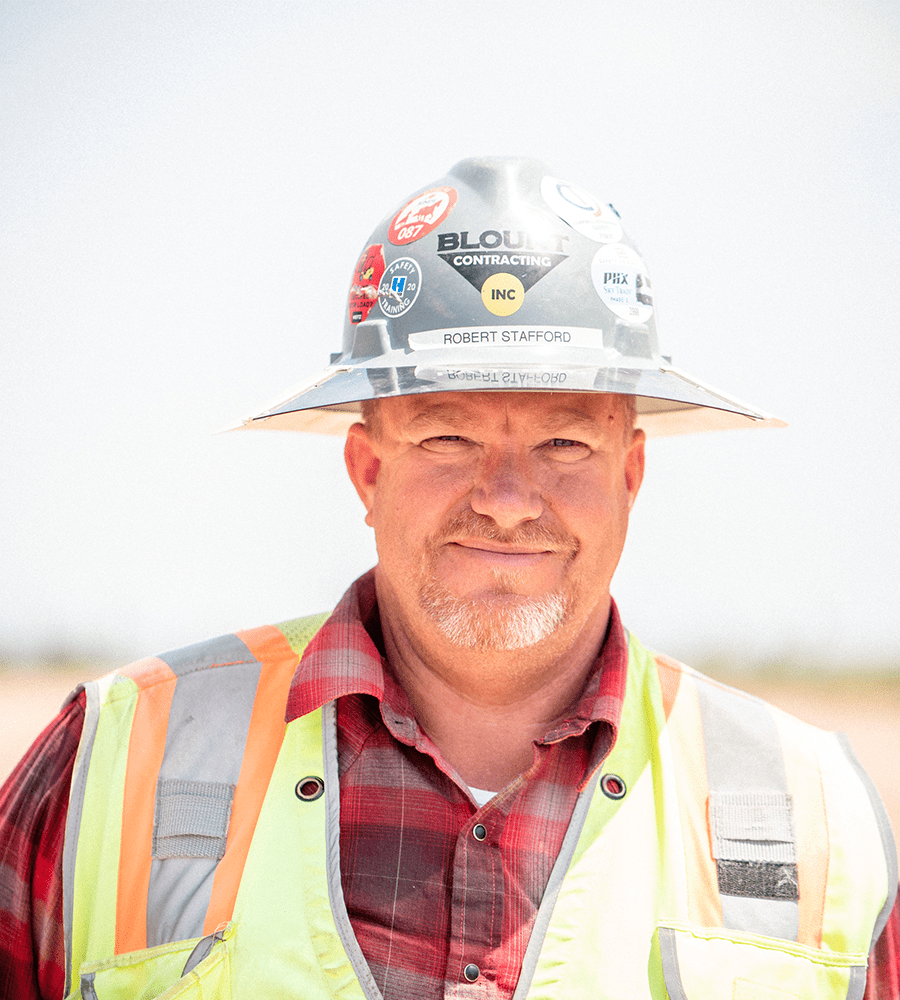 Robert Stafford, superintendent, started as a finish blade operator at Blount in 2019, but he had already been in the construction industry for 25 years by then and had risen to the level of supervisor with a previous employer. He also worked in the oil and gas segment for several years.

Like a lot of career-minded people in construction, he enjoys working outside. Like other successful construction workers, he appreciates seeing progress on a project and winning client approval. And, like his co-workers, he values the family-oriented, friendly atmosphere at Blount.

As a superintendent, Robert is able to visualize what needs to be done on a project and he strives to complete the work on or before the deadline. One of his favorite projects was the Live Oak County Airport, where he oversaw a crew that built a new apron and upgraded the runway lighting.

Married with four children and two grandchildren, when not in the actual outdoors, Robert enjoys virtual outdoors through Farming Simulator 19 and American Trucking Simulator, where maybe he’s honing skills for a new career … or maybe he’s just having fun.